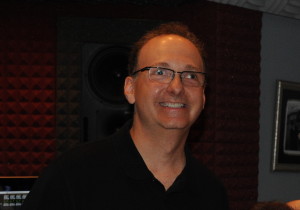 Ron Jacobson founded RBJ Productions in 1987. Originally located in Northbrook, the studio moved to Vernon Hills in 1991 and then to its current home in 2004. Ron discovered his love for studio recording after years of playing guitar, keys and drums in live bands. “I had the opportunity of recording projects at Streeterville and ACME studios downtown and I was hooked.” MIDI was brand new in the mid 80’s and, being somewhat of a computer geek, Ron immediately became very active in Chicago MIDI users group. He taught seminars on using computer-sequencing programs at CMUG meetings. “Our first studio was called MIDI Magic and we specialized in combining computer sequencing with 16 track analog recording. We had some great projects and great artists with a strong emphasis on sound design and innovative synthesis.” As digital recording emerged in the early 90’s the studio added 16 track digital tape based recording to the analog tracks and later upgraded to a 24 track hard disk system. 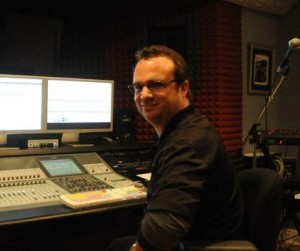 Lou has been with the RBJ Productions recording studios for over 25 years – first as a client, then a MIDI Programmer, now as a Recording Engineer.  Lou’s passion for music and recording is indicative with over 15 years of experience and knowledge in engineering.  Thanks to RBJ Pro Studios always looking to upgrade, Lou’s knowledge spans from production work in DOS programs to early DAW systems, to the latest Pro Tools systems. Lou has been educated and trained in Pro Tools by Digidesing/AVID.

Playing piano “since I can remember,” Lou enjoys a variety of genre of music; from Rock to Rap, Classical to Jazz, from Electronic to Blues to R&B and Country. As a song writer and producer, Lou has written music for client’s accompaniment, for radio spots and jingles, theme music and short videos.

Lou prides himself in giving the client the best studio recording experience. “I think the key to a great recording session is efficiency.  It’s great to be able to look at the client and say ‘I’m ready when you are.” 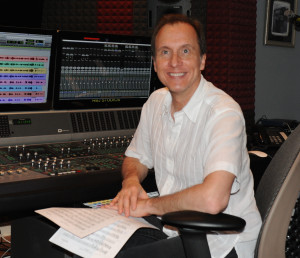 John Slywka is a musician, recording engineer, composer and sound designer. He earned his Bachelor of Music degree from the University of Miami, Coral Gables, Florida. He has been a 25-year voting member of NARAS and is affiliated with ASCAP. He has worked in the major markets of Miami and Chicago.

He was co-composer and co-sound designer for Shakespeare’s “Twelfth Night” in Washington D.C. for the Taffety Punk Theater Company. In 2012, he contributed his bass parts to “Minminzemmi” on Julie Slick’s “Terroir” CD. In the fall 2013, he wrote and recorded  the soundtrack for the Shakespeare Project of Chicago’s readings of “The Merchant Of Venice”. Early in 2014, he composed, performed, and recorded the soundtrack to the Marissa Chibas’ short film, “Clandestino”

Prior to becoming a recording engineer at RBJ Productions, John spent two years at Chicago’s WYCC-TV as audio engineer, and master control operator. 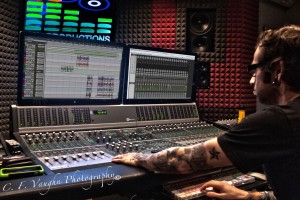 Jason has been involved in recording and mixing music since 2009, with a degree from Full Sail University’s Recording Arts program he is well trained in all aspects of studio work. From start to finish he will make sure every detail of your project is exactly how you envision it. He has a vast knowledge of gear and can help create the tones you need to capture your music in any way you’d like. He will work with any genre and any type of music and is always up for new challenges.